In 2014, I took my first political briefing: “you are interested in digital culture and privacy. Help us get a seat at the Amsterdam city elections. With no budget. In six weeks.” Though I have my doubts with the name, I wholeheartedly support their crucial fight for protecting our privacy.

We decided upon a highly dynamic communication strategy. I helped our anchor, activist and model Ancilla Tilia, get as much publicity as possible and created soundbites for her. 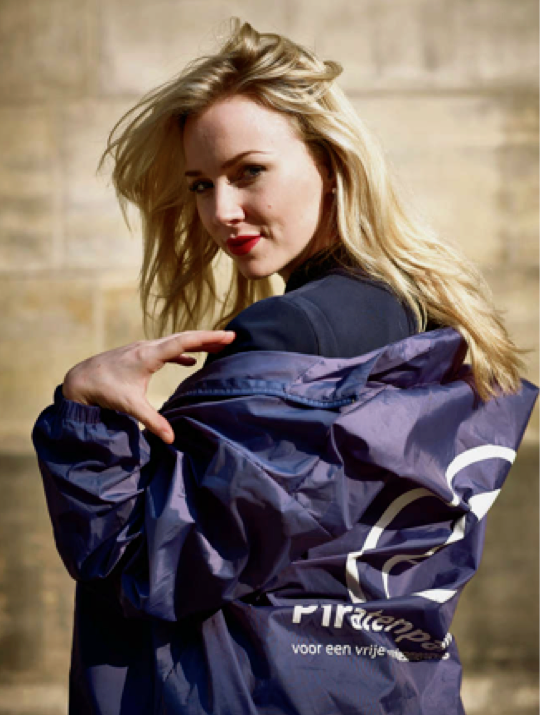 I also bartered a mediadeal with shockblog Geenstijl and, together with Ancilla and fellow copywriter Niels Arnbak, helped design various mediastunts. 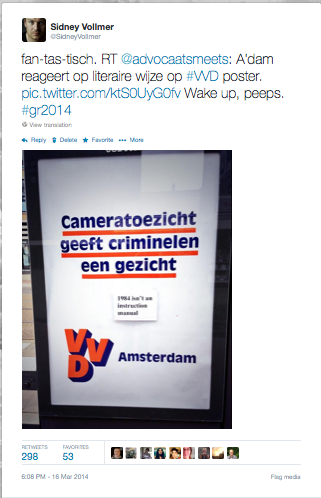 Back to those stunts. Together with Geenstijl, we made two happen. This was the first.

.
The second stunt we christened “tracking the trackers”:

We placed GPS trackers on the data-hungry cars of the Amsterdam city parking-administration.

For one day, everyone in Amsterdam could see where the tickets were written. (And park cheap). The realtime GPS signals were shown on Amsterdam city maps, the routes were dumped as open source XML files:

Here are some of the media-outlets that shared our stunt: 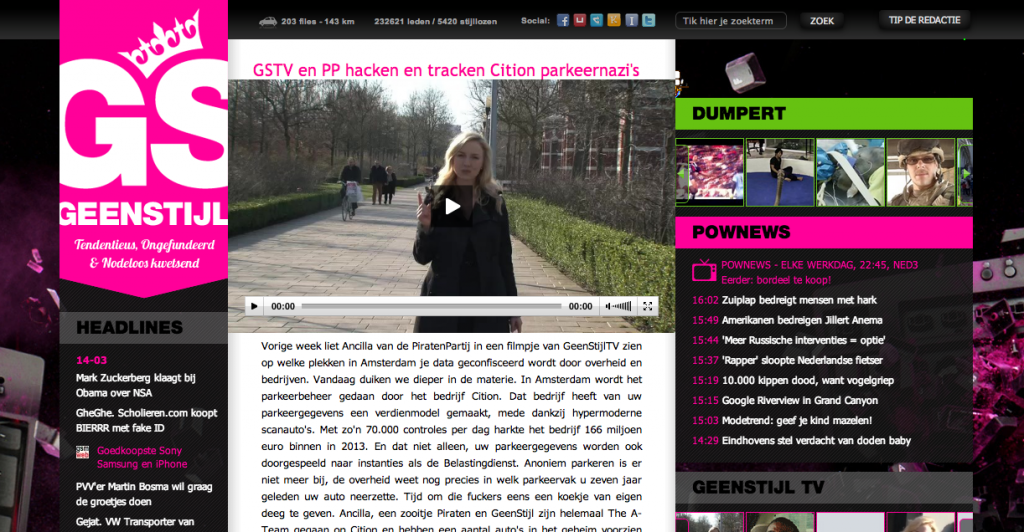 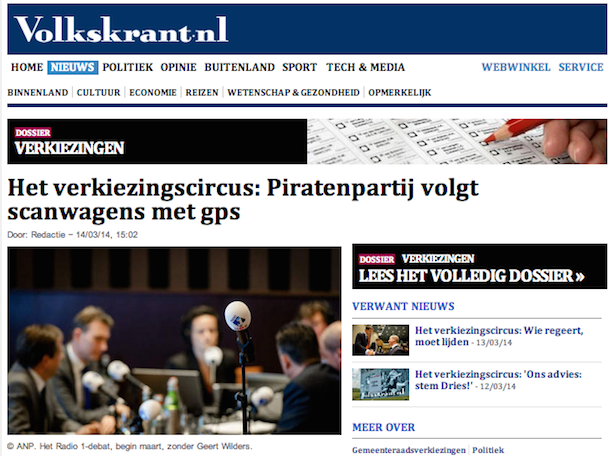 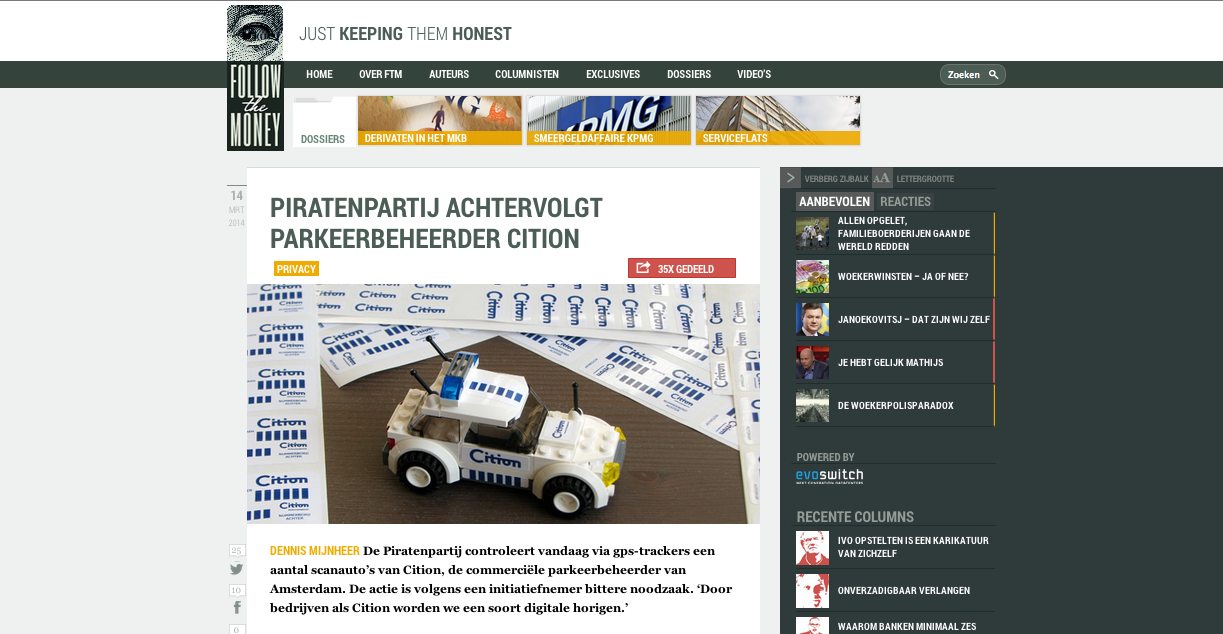 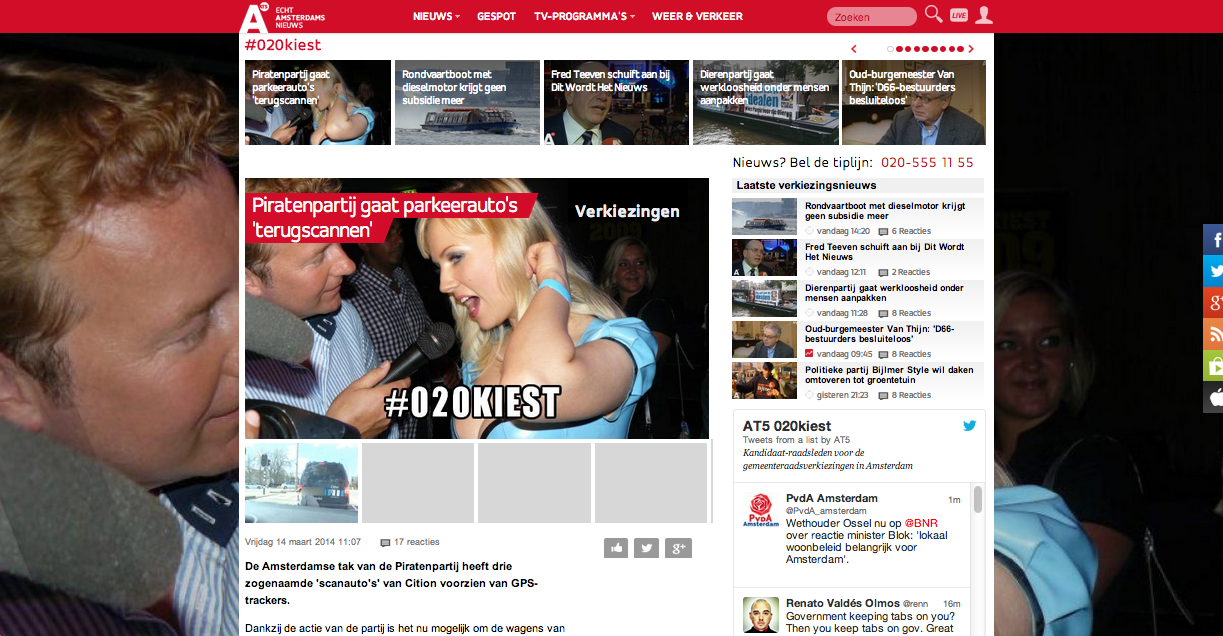 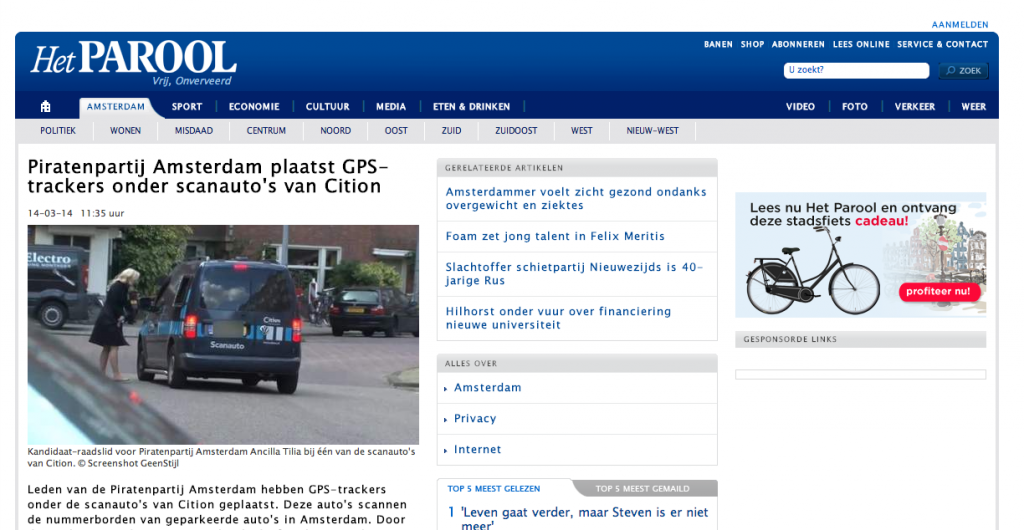 Amsterdam, meanwhile, was having a laugh: 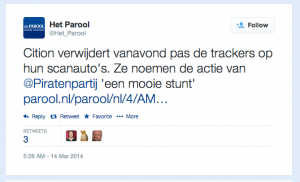 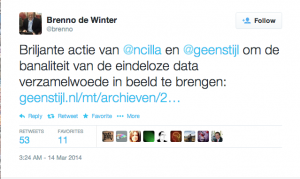 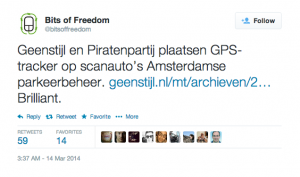 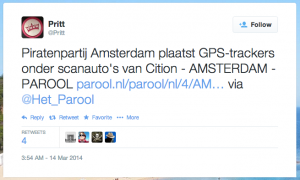 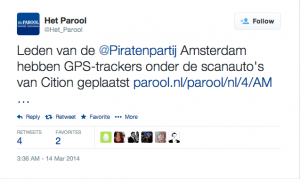 And we, the Pirate Party, got one of our central messages across:

the datahunger of both governments and companies should be tamed and supervised by the people they purport to serve.

At the Amsterdam elections, after just six weeks of campaigning, we chalked up 2% of the votes. 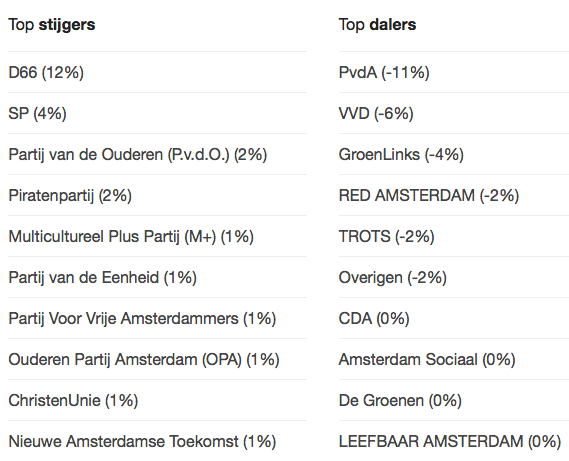 And then we drank a bottle of rum.