Investment fund Instituut Gak wanted to show the Small and Medium sized business owners in the Netherlands there is an enormous and eager workforce out there currently overlooked. People with mental illnesses.

1 in 10 people gets diagnosed with a severe mental illness every year, and roughly 191,000 people with mental illness are currently out of work. We developed a 360º campaign, focussing on their strengths instead of weaknesses. The insight: these people have conquered a lot of adversity and as such are a valuable addition to your team.

We (Woedend!) asked two unknown actors to participate in an experiment.

‘Bart’, with anxiety disorders and OCD, and ‘Sophia’, with psychoses, went to work at two very different companies, and worked like everybody else would have worked. With the help of production house Wefilm, we filmed everything and produced TV commercials and online documentaries that showed how these people are of added value to your team.

Using a responsive website that added context and statistics to the films, employers were invited to partake in a simple survey and download a booklet explaining how to hire these valuable employees, these ‘colleagues with character’.

Apart from a lot of social media buzz, we managed to get the campaign featured in various national media outlets such as prime time Editie NL, BNR radio and NPO Radio 1.

This is one of the campaigns that makes me grateful to be working in advertising. Changing perception, indeed. 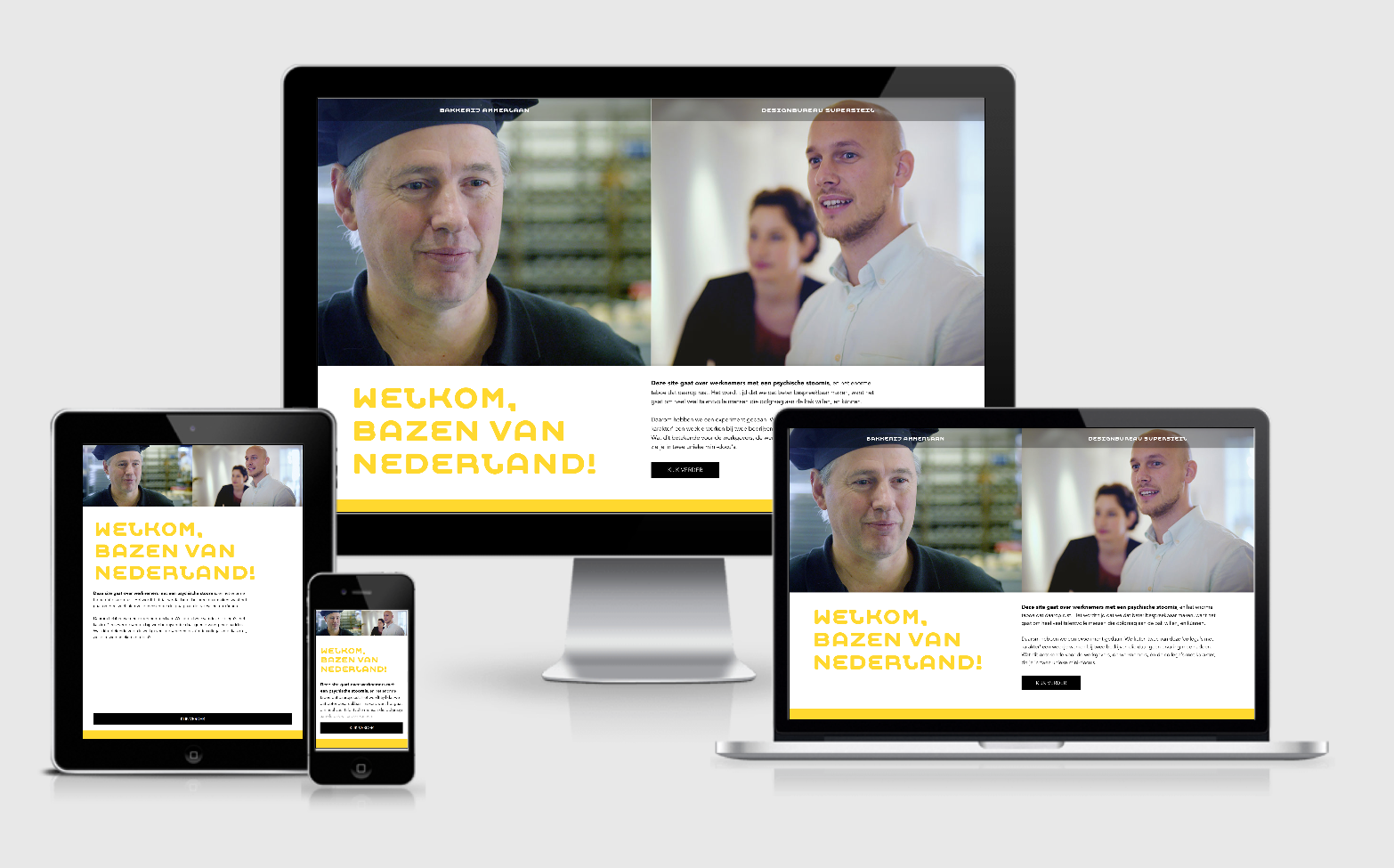 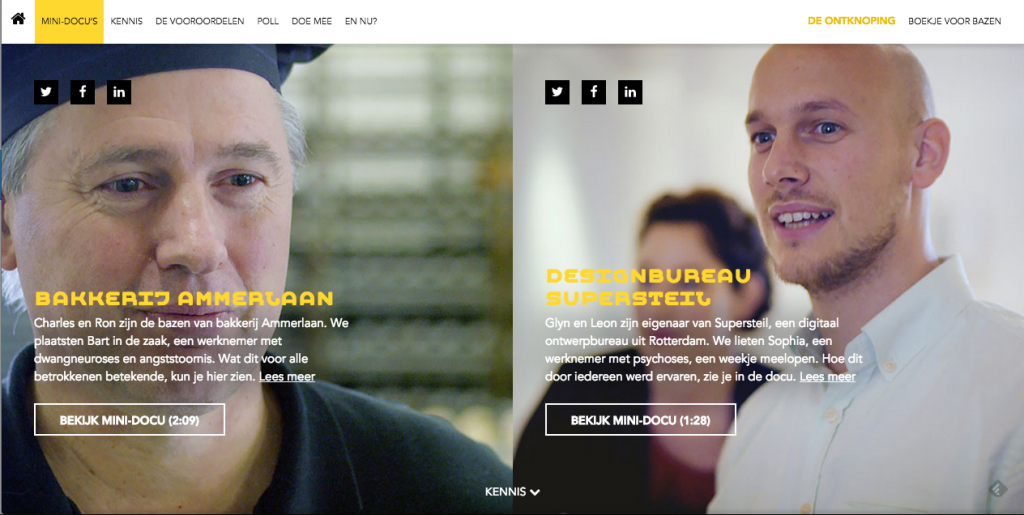 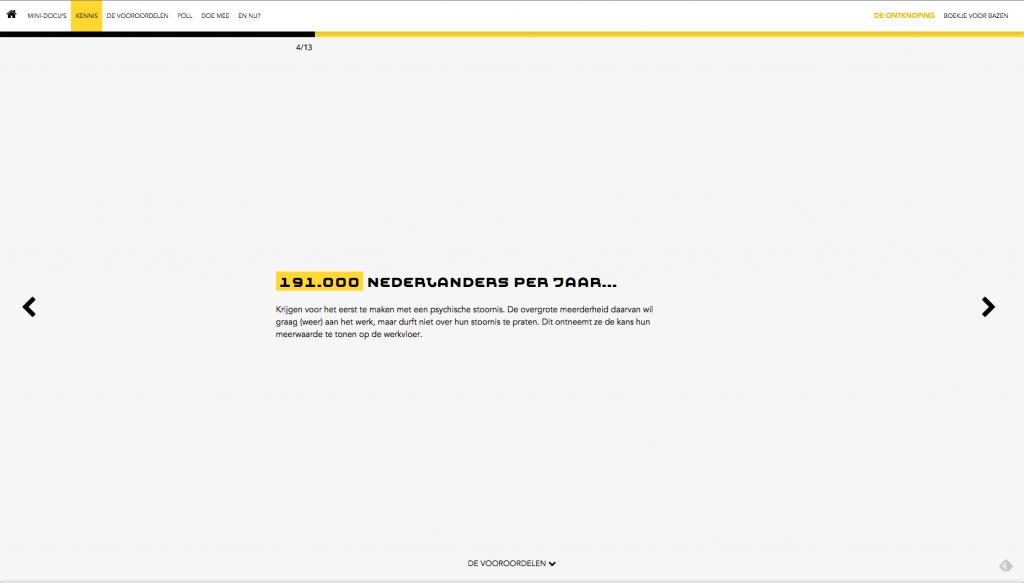 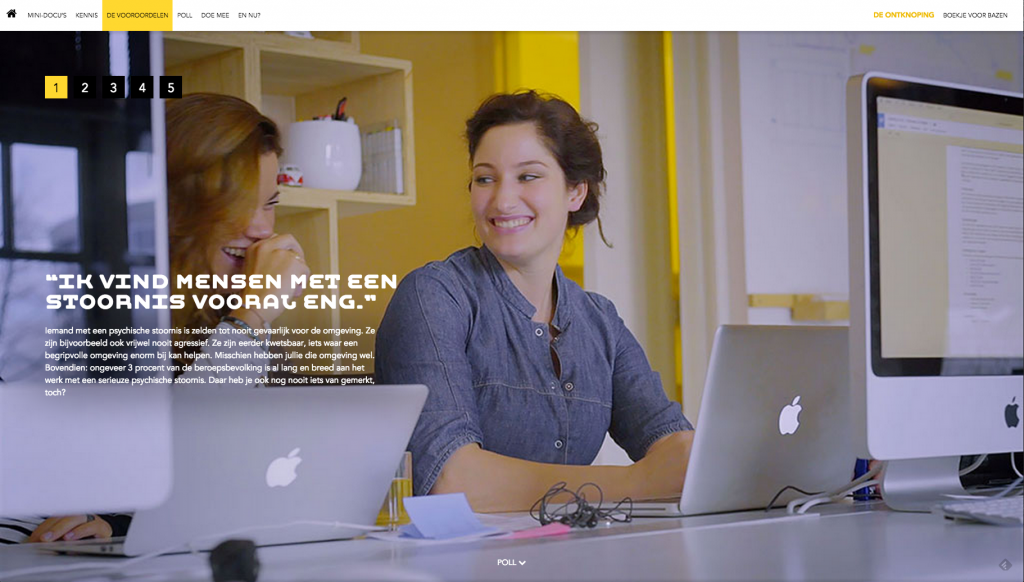 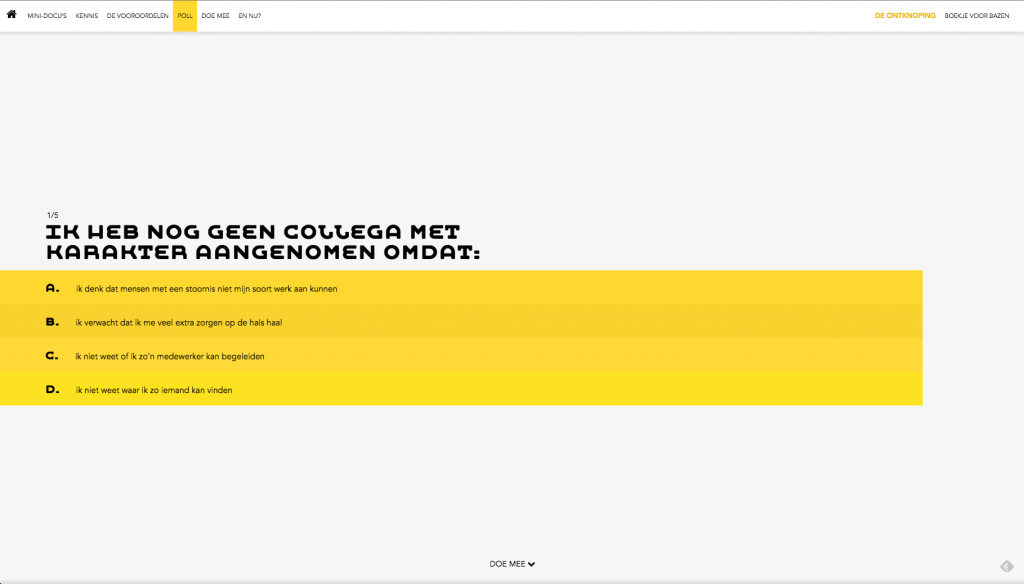 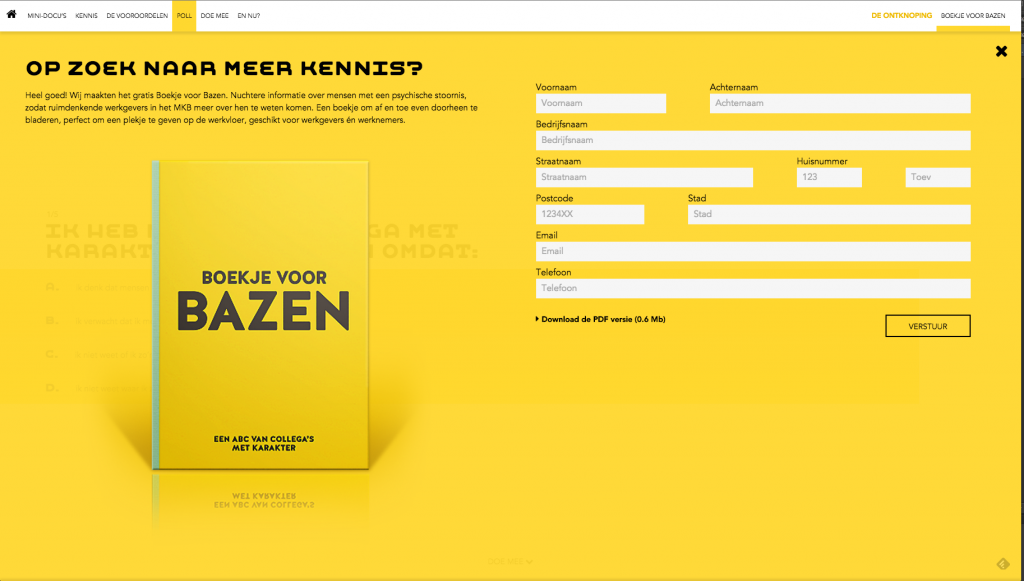 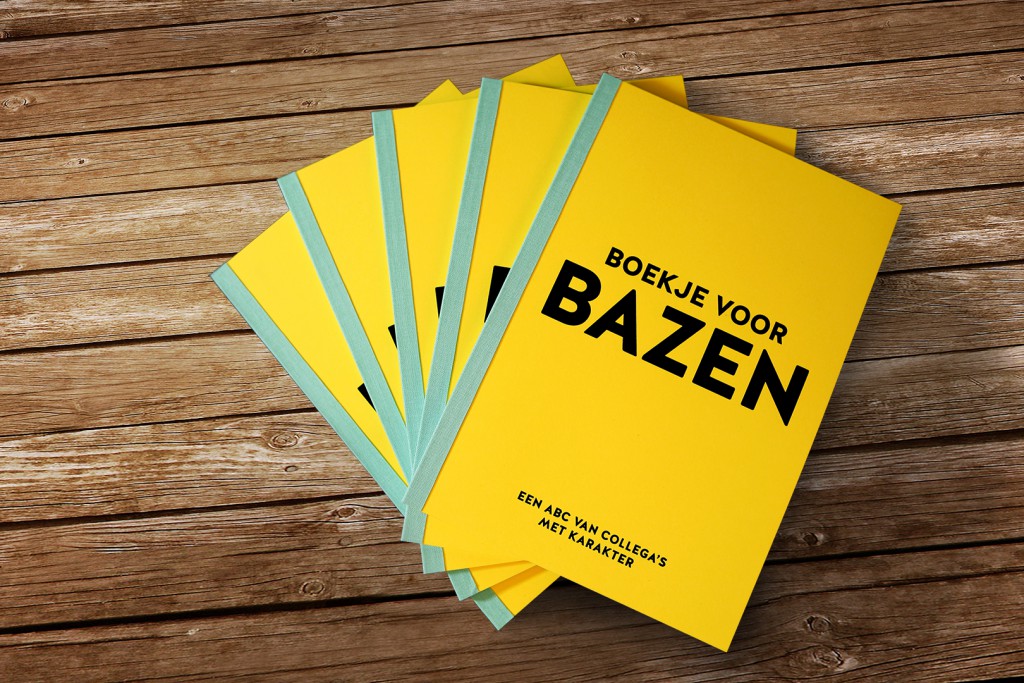 Getting business owners to hire people with mental illnesses takes a lot of time. They need to feel it’s okay and their coworkers, too. That’s why we gave away free books, beautiful enough to leave lying around the office for a long time.

My role: concept & copy for TV, social and online.

Stay tuned for the follow-up of this campaign.